Guys: Deal With Your Depression Or Anxiety Or Face The Consequences – Prostate Health Group

Men, in general, do not handle depression or anxiety very well. Instead of expressing their feelings or admitting to possibly having depression or an anxiety disorder, they often self-medicate using alcohol or admit to physical conditions that are a part of these psychological conditions, such as headaches, back pain, ulcer pain, and insomnia. When a man complains of a physical ailment that has no basis in fact, this can likely be from a psychological disorder.

Men are more likely to see their primary care physician for these physical symptoms and may fail to mention that they are feeling down, irritable, worthless, or anxious. They rarely seek help from a mental health professional first, mainly because they don’t understand the relationship between their mental state and the development of their symptoms.

They key to identifying depression or anxiety in men is to have the physician have a high index of suspicion for these disorders and ask specific questions related to anxiety and depression. The use of depression scales such as the Beck Depression Scale can help identify those who are at risk for depression.

There are anxiety scales that can be used for the identification of disorders like obsessive-compulsive disorder, panic disorder, social anxiety disorder, and generalized anxiety disorder in both men and women. Substance use scales can be done to isolate those men who, for whatever reason, have begun to use alcohol inappropriately.

It should be known that some of the typical questions on the Beck Inventory Scale might not be answered properly in men. Men tend to feel less guilt and worthlessness and yet still can have depression.

Common symptoms of depression in men include:

Men are four times more likely to commit suicide when compared to women even though women attempt suicide more often than men do. This is because men tend to use more lethal methods of suicide than women do. Unfortunately, suicide may be the first sign that a man has been suffering from depression. This only means that doctors must use a high index of suspicion when dealing with a man who might be depressed.

Men are often more irritable that women with depression and use substances like alcohol and illicit drugs to cope with their disease. This means that if a man presents with a substance use disorder, depression must be considered as part of their diagnosis. Anxiety must also be considered because men use downers like alcohol in order to relieve all kinds of anxiety disorders.

Other times, the physician may feel as though the problem is more difficult that the primary physician can handle. This is when the referral is made for the depressed or anxious individual to see a psychiatrist or psychiatric nurse practitioner. Both of these providers have prescribing privileges and deal specifically with persons who have psychiatric disorders. They may be able to further help the mentally ill man with other medications or with better dosing of the medications already tried.

In some cases, the man may choose to seek the help of the therapist. This is especially true when the man is suffering from things like post-traumatic stress disorder from things like child abuse or a near-death situation. The therapist cannot prescribe medications but can do talk therapy such as cognitive behavioral therapy or sensorimotor psychotherapy that can be used in addition to medications to help a man who cannot be treated with medications alone. 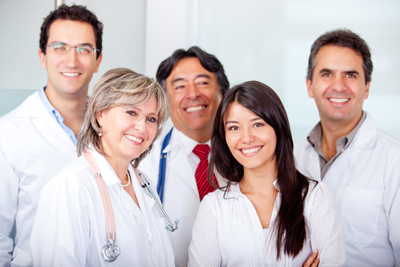 At Prostate Health Group we do our best to provide you with the best tips on prostate health. Results from supplements will always vary for individuals, depending on the individual’s physical condition, lifestyle, and diet. Testimonials on this site came from real customers who were not paid for their statements. But these testimonials are based on the experiences of a few people and you may not have similar results. Always consult your physician before making any dietary changes or starting any nutrition, weight control or exercise program. These products and its statements have not been evaluated by the Food and Drug Administration and are not intended to diagnose, treat, cure or prevent any disease.